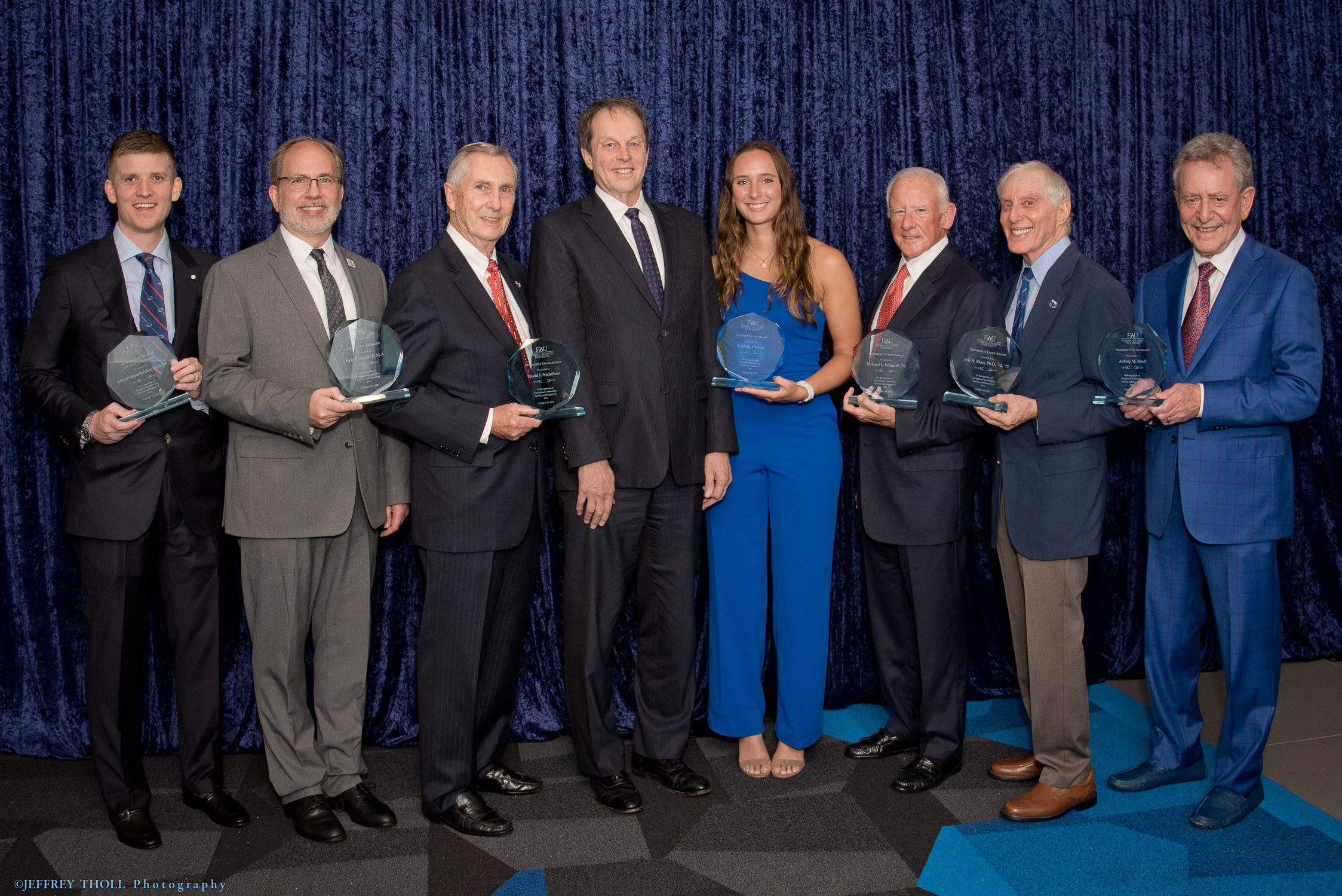 Florida Atlantic University recently hosted its annual Talon Leadership Awards ceremony as part of Homecoming 2022. The awards recognize outstanding faculty, student, alumni and community leadership. Co-sponsored by the FAU Alumni Association and the Homecoming Committee, the Talon Awards have been presented during Homecoming week since 1997.

“Our 2022 Talon Award honorees have demonstrated a sincere commitment to the university in truly meaningful ways,” said FAU President John Kelly. “Their leadership is at the very heart of FAU’s upward trajectory, and I am thankful for their tremendous dedication to improve our Owl community.”

Nicholson is a philanthropist and wealth manager with a demonstrated history of successful accomplishments in financial services and education. He formed the Stiles-Nicholson Foundation in 1992 to honor the military sacrifices of his father, William Stiles, a fallen soldier, and stepfather William Nicholson, a German prisoner of war survivor. In 2021, he made contributions totaling $10 million to FAU, which welcomed an era of unprecedented research, education and discovery at FAU’s John D. MacArthur Campus in Jupiter.

Strul is a private equity investor who invests in companies with strong management teams, quality product lines and exceptional people. In 2017, he founded the Kelly/Strul Emerging Scholars Program with Kelly to enable qualified Florida high school graduates to attend FAU and graduate debt-free.

Shaw is a professor emeritus of marketing at FAU and a two-time alumnus, having received a B.B.A. with honors in 1972 and a MBA in 1973. Shaw serves on the editorial and review board of several international academic societies and associations and is a peer reviewer for several scholarly journals, academic conferences, and textbook publishers. He continues to mentor Ph.D. students and sits on several FAU committees and journal review boards, all while still publishing research and engaging in scholarly activities.

Schmidt is the chief executive officer of Schmidt Companies, Inc., a diversified investment group. He also is the president of the Schmidt Family Foundation, a charitable organization dedicated to helping people help themselves by supporting nonprofits that work to alleviate suffering and make the most of an individual’s given abilities. He received his MBA in accounting at FAU in 1970. In addition to his many philanthropic gifts, Schmidt has given FAU longstanding, unwavering dedication and his availability.

Kyle Prescott, D.M.A., received the Faculty Talon Award. He is the director of bands and professor of music at FAU where he conducts the University Wind Ensemble, teaches graduate conducting, and coordinates all aspects of the University Bands program.

The Student Talon Award was presented to Cassidy Hoover, a prospective fall 2022 graduate in the Charles E. Schmidt College of Science. She is involved in the honors program as a lead peer academic coach and is the program board director for FAU’s student government. She is also a member of FAU’s women’s club soccer team.

For the first time, the alumni talon award was named on behalf of Schmidt, to further acknowledge all that he has done for FAU. The Richard L. Schmidt Alumni Talon Award went to Dr. Edward Fulton who attended the Harriett L. Wilkes Honors College and was a Flagler Scholar. During his time at FAU, he was involved in research relating to microtubule motors. He was also student body governor of the John D. MacArthur Campus at Jupiter for two years and went on to serve as student body vice president in 2009. He is now a private practice dermatopathologist in Birmingham, Alabama and teaches dermatology residents at Tulane and Louisiana State University.

For more information on the Talon Awards and the FAU Alumni Association, visit faualumni.org.