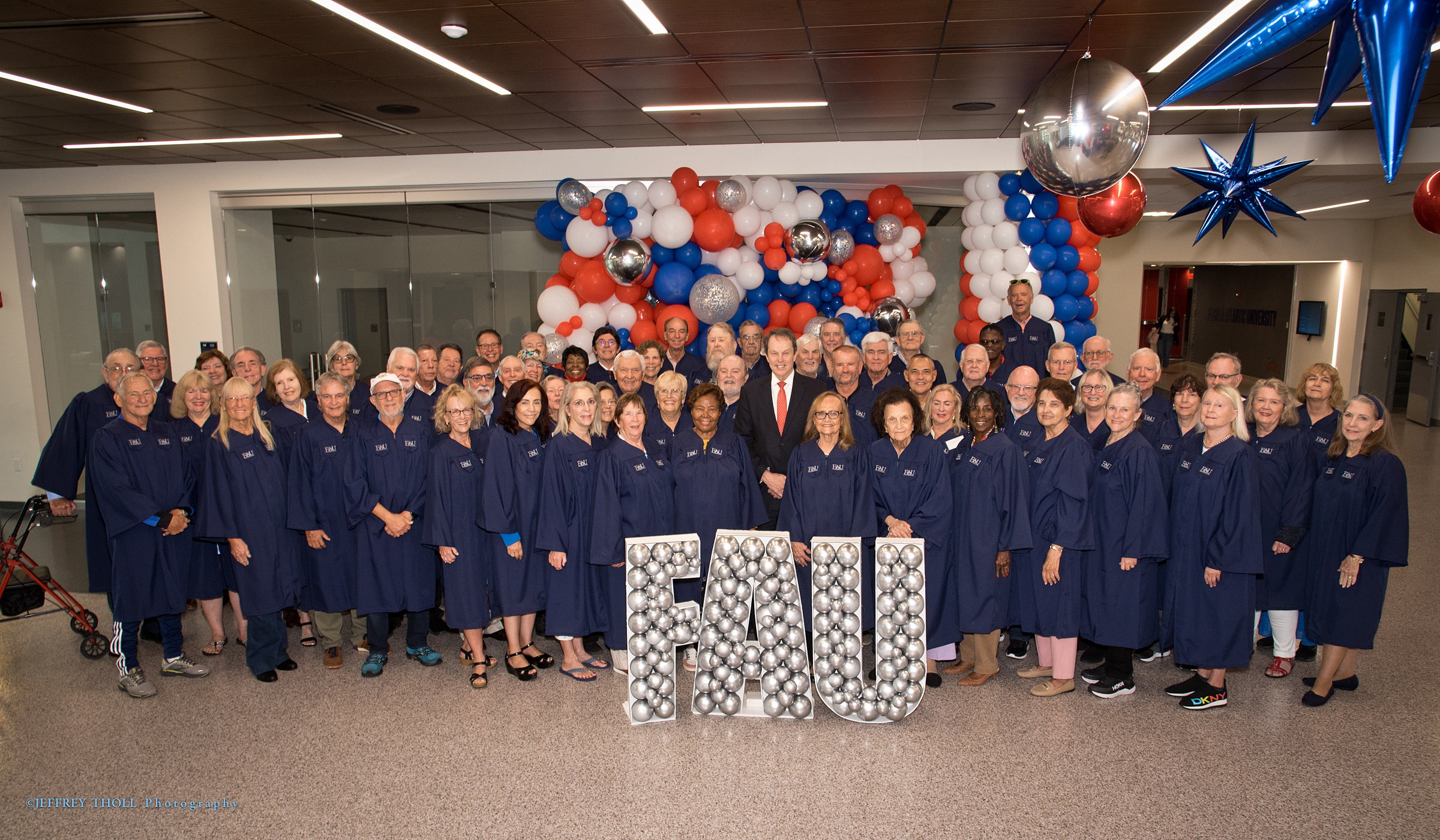 With each passing year, a new class reaching the 50th anniversary of graduation is inducted into the Florida Atlantic University Majestic Owls Society. To make up for ceremonies canceled in 2020 and 2021, this year’s event included alumni celebrating their 50th year reunions from the classes of 1970, 1971 and 1972. They are the sixth, seventh and eighth alumni classes to join the Majestic Owls Society.

“As each generation of Owls reaps the benefits of the alumni who came before them, our growing student body owes these inductees a debt of gratitude for laying the foundation of today’s FAU,” said FAU President John Kelly.

Some of the notable alumni inducted into the Majestic Owls Society include:

Richard Schmidt, MBA ’71, is a South Florida business leader and one of FAU’s most generous and involved supporters. The recently opened Schmidt Family Complex for Academic and Athletic Excellence aims to prepare students for success both athletically and academically. Schmidt is currently chief executive officer of Schmidt Companies, Inc., a diversified investment group, and is president of the Schmidt Family Foundation, a charitable organization dedicated to helping people help themselves by supporting nonprofits that work to alleviate suffering and make the most of an individual’s given abilities.

Eric Shaw, Ph.D., MBA ’73, B.B.A. ’72, is a professor emeritus of marketing at FAU who has dedicated several years of service to the university. He is a benefactor of FAU, and also has served as past president of the Boca Raton Campus Faculty Senate, the University Faculty Senate, a former member of the FAU Alumni Association Board, Research Board, Foundation Board, and FAU’s Board of Trustees.

Armand Grossman, MBA ’77, M.S. ’70, B.S. ’67 has served as president of the FAU Alumni Association, chair of the FAU Foundation Board of Directors, and a member of FAU’s Board of Trustees.