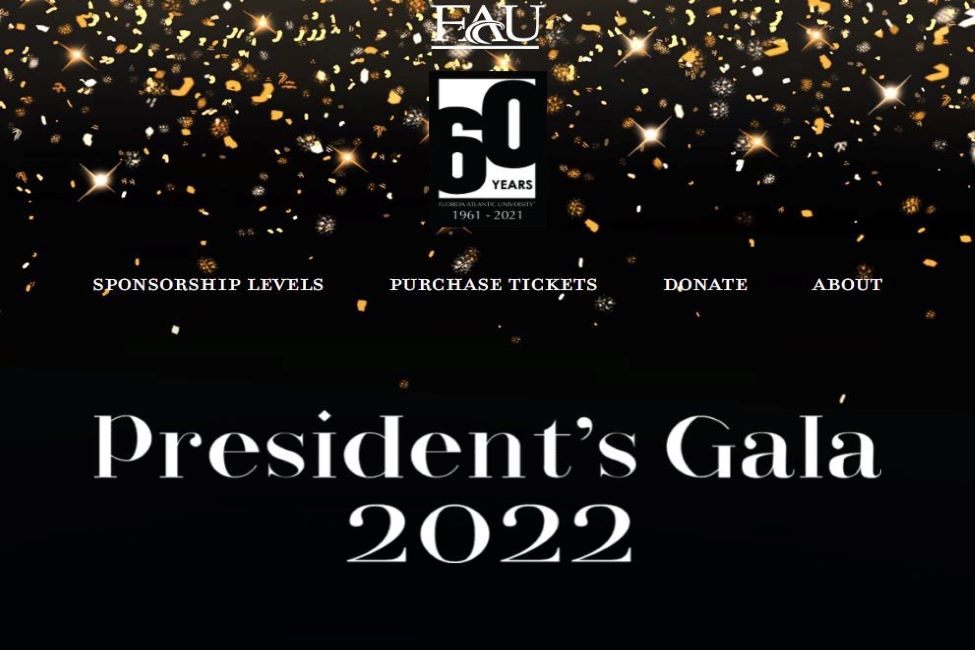 Florida Atlantic University is set to celebrate its 2022 President’s Gala gala on Saturday, April 2, 2022 at 7 p.m. in the Martin F. and Jane Greenberg Foundation Tower of FAU Stadium at its Boca Raton campus.

Spread over three levels of the stadium, the gala will feature gourmet dining, a full open bar, fireworks and live entertainment.

The 2022 gala will celebrate the university’s Diamond Anniversary and provide support for student scholarships.

In 1955, the Florida legislature authorized the creation of the state’s fifth public university, to serve its heavily populated southeast region. Community leader Thomas F. Fleming Jr. made a convincing case for converting Boca Raton’s vacated Army airbase to this exciting new use. The enabling legislation passed, and funding was granted in July 1961. Sixty years later, FAU is one of the nation’s top public universities.

“Over the past 60 years, FAU has become known as a place where every student — regardless of race, ethnicity, income or first-generation status — has the opportunity to achieve their dreams,” said FAU President John Kelly. “Thanks to generous scholarship donors, Owls are graduating at higher rates than ever — with good-paying jobs and less student debt than the national average.”