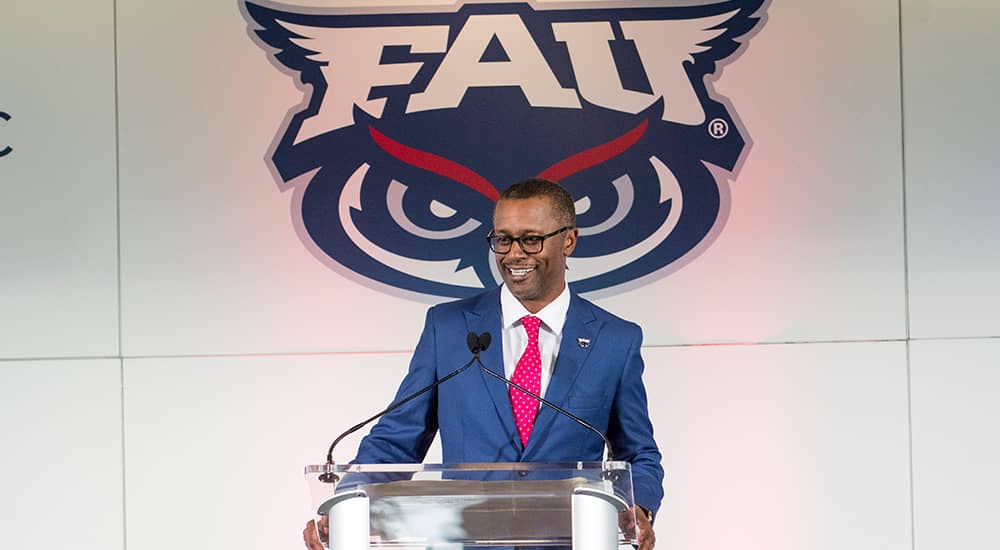 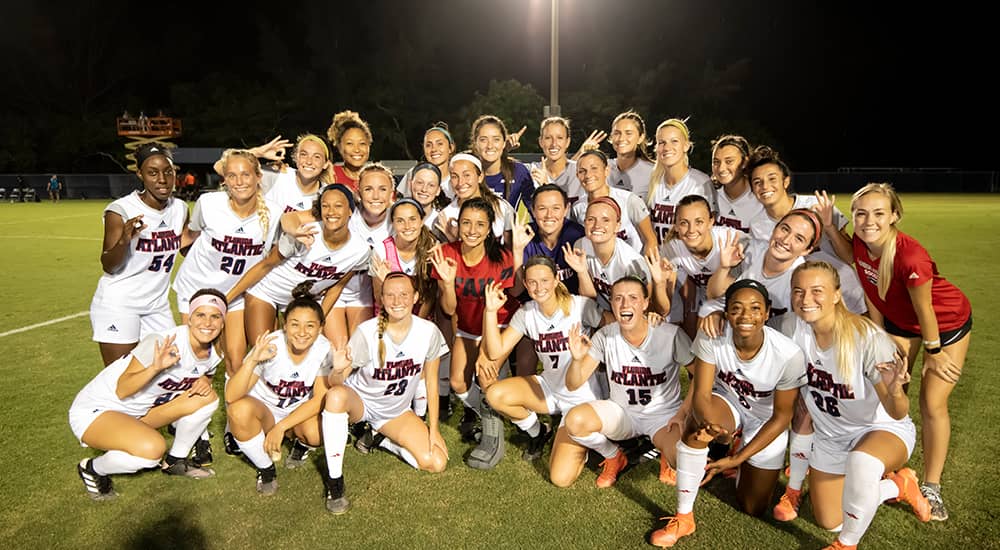 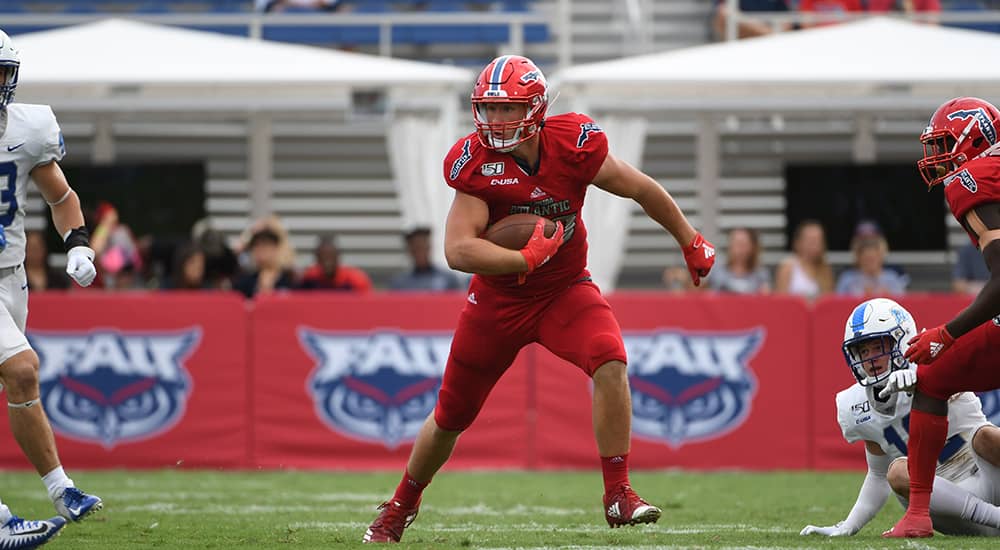 >> Willie Taggart was named the Owls’ head football coach. A Florida native, Taggart is considered one of the best offensive minds in the country and has proven to be very successful on the recruiting trail. He comes to FAU after serving as head coach at Florida State University.

>> The women’s soccer team won the C-USA title, and its head coach, Patrick Baker, was named C-USA Soccer Coach of the Year.

>> In the fall, FAU football won the C-USA championship, the Boca Raton Bowl and finished the season 11-3. The team ranked 27 in the country in the final Associated Press poll, the highest in the program’s history.

>> Tight End Harrison Bryant was named a first team All American, the first player in FAU history; he was also honored with the John Mackey Award, given to the best tight end in the nation. Bryant was drafted in the fourth round of the NFL Draft by the Cleveland Browns.

>> The men’s basketball team had back-to-back winning seasons for the first time since 2006-07. >> Student-athletes recorded 10 straight semesters of average GPAs of 3.0 or higher.