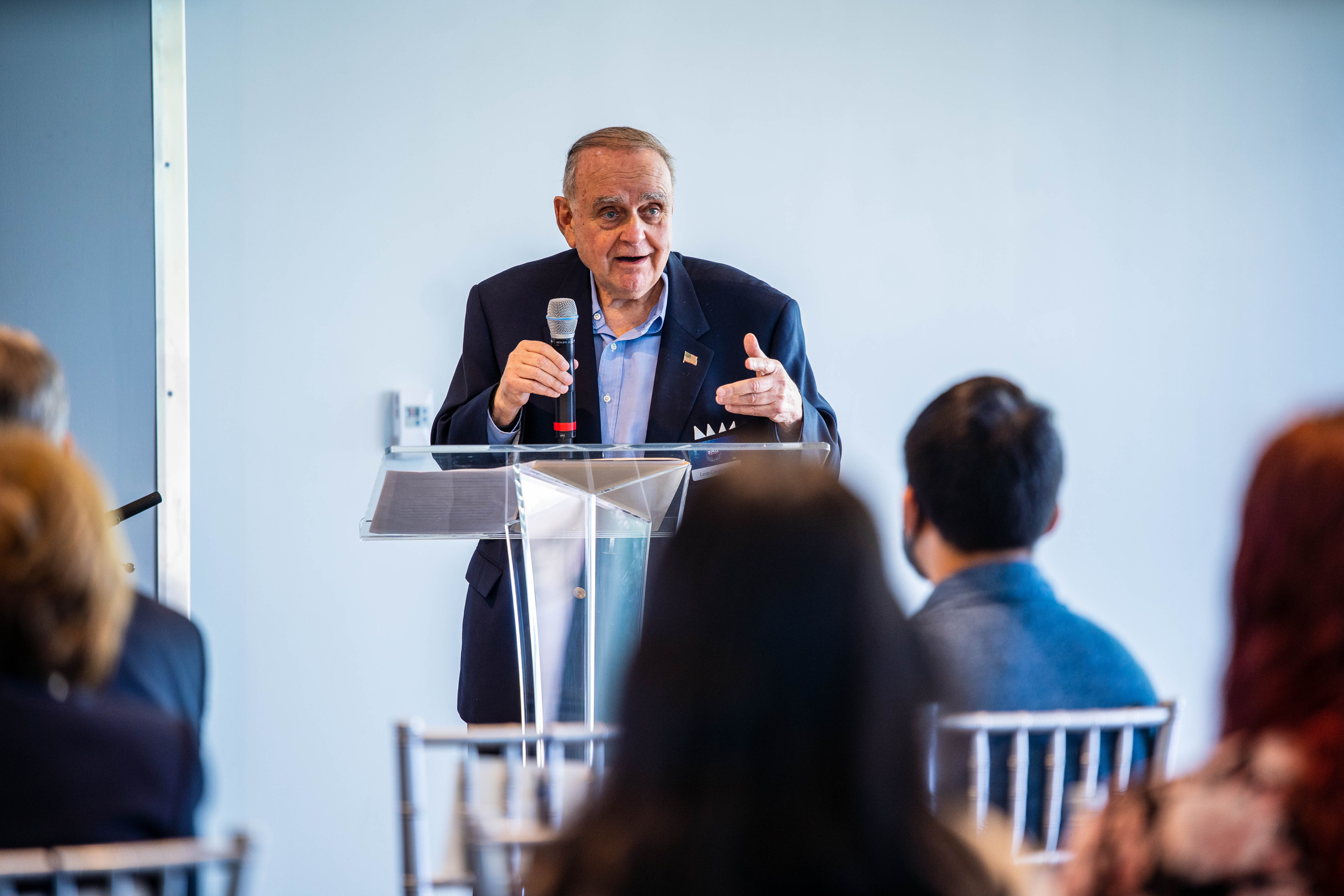 Like many FAU students, Cooperman was the first generation of his family born in America. A first-generation college student, himself, he has dedicated an enormous part of his philanthropy to supporting underserved students and is very open about sharing his first-gen experiences.

In addition to the students in attendance, Washington Post reporter Eli Saslow was also there to cover the event. Here is an excerpt from his article -

“Believe it or not, I have a great deal of commonality with all of you….I can understand some of the challenges you’re facing right now,” Cooperman said, starting a short PowerPoint presentation about his journey from a one-bedroom apartment to the Forbes 400 list of wealthiest Americans.

He told them about how he’d gotten up each morning at 5:15; how he’d chosen a job that he loved; how he’d gotten his PhD in being poor, hungry and driven; how he’d followed his instincts; how he’d attacked each day like a lion chasing a gazelle ...

After Cooperman’s presentation, many students expressed how listening to his heartfelt story really resonated with them. Many students said it left them feeling empowered, inspired and hopeful about their futures.

Many thanks to Mr. Cooperman for visiting our campus and for sharing his story, wisdom and insight.