"Transcend Tomorrow: The Campaign for Florida Atlantic University" Launched to the Public 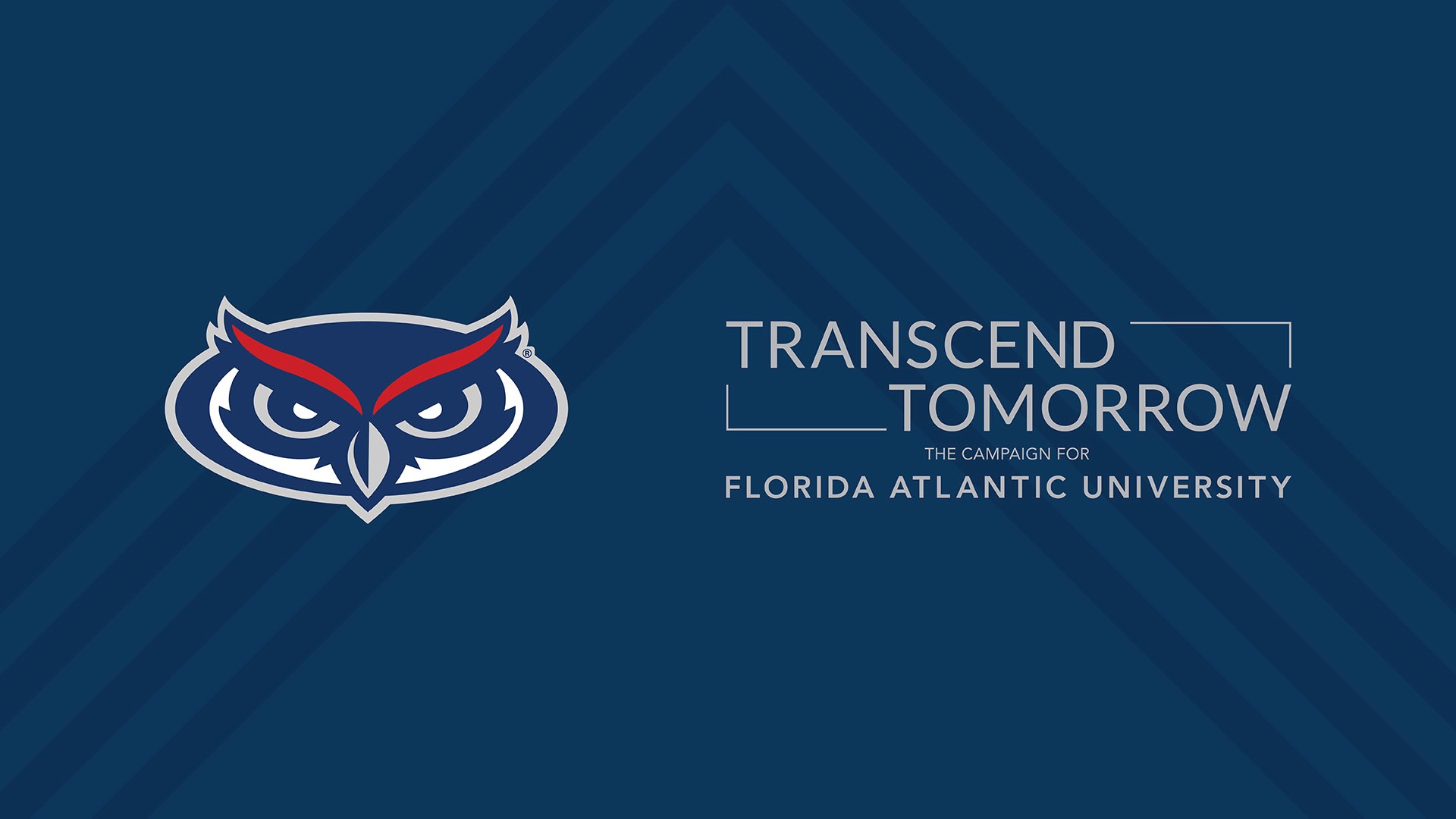 Founded more than 60 years ago, FAU has a tradition of generous philanthropic support for its students, faculty and staff from community members, corporations, foundations and alumni. This event was an opportunity to recognize and celebrate FAU’s legacy of philanthropy and community collaboration, as well as to imagine the possibilities for tomorrow.

“Private support has played an important role in the genesis, development and growth of FAU,” said Chris Delisio, vice president of institutional advancement and CEO of the FAU Foundation, Inc. “‘Transcend Tomorrow’ provides us with an opportunity to focus our fundraising priorities as we plan and prepare for the needs of the future.”

With the announcement of “Transcend Tomorrow: The Campaign for Florida Atlantic University” also came the reveal of the campaign’s fundraising priorities which are:

“Since 2014, Florida Atlantic has established a track record of relentless growth and expansion,” said FAU President John Kelly. “That growth includes doubling research expenditures, enrolling an all-time high number of National Merit Scholars, increasing graduation and academic progress rates, raising the profile of FAU’s athletic program, and being ranked among the nation’s top public universities by ‘U.S. News & World Report.’ ‘Transcend Tomorrow’ enables FAU to build on that foundation and take the University to the next level of success.”

During the quiet phase of “Transcend Tomorrow,” more than 42,000 donors made gifts to FAU totaling more than $400 million. Approximately 400 of those philanthropic investors donated $100,000 or more to FAU, or have an endowed fund with FAU, and were invited to the campaign unveiling. Among those donors in attendance, 12 have made transformational leadership gifts to the campaign of $5 million or more. The event also focused on the overall impact of all philanthropy to date.

“’Transcend Tomorrow’ is an opportunity for FAU to fuel its growth and fulfill its potential as a university that solves future challenges today,” said Stacy Volnick, chief operating officer and vice president, administrative affairs. “Our goal is ambitious; however, FAU has a tradition of tremendous community support. Whether it’s in the classroom, on the playing field, or in the research lab, private funding enables our students, faculty and staff to think bigger, be bolder and do more.”