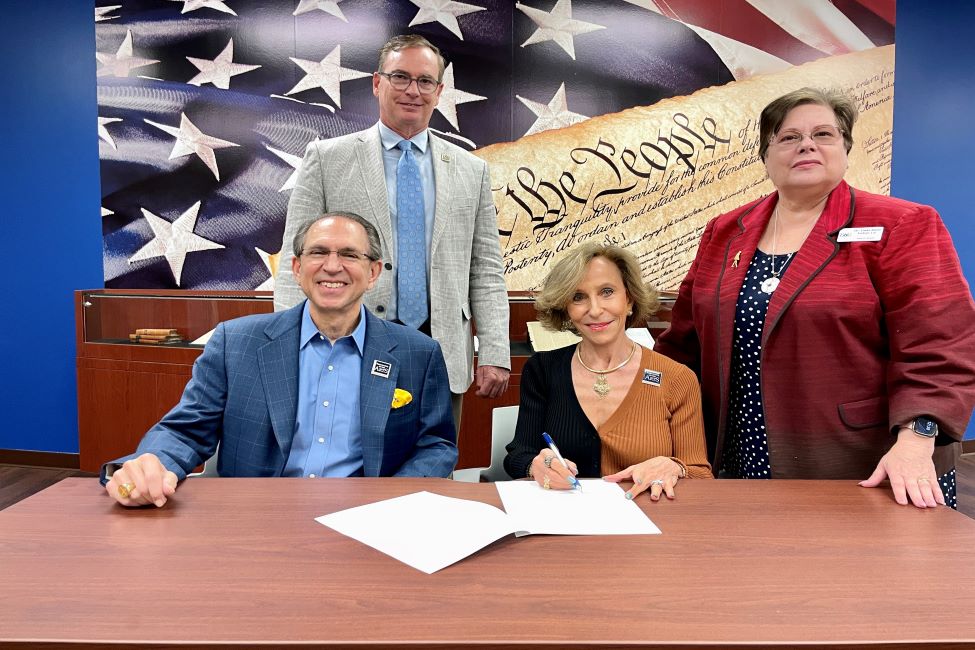 The Marvin and Sybil Weiner Spirit of America Collection consists of more than 13,000 books, pamphlets, government publications, newspapers and serials, including rare works dating to as early as the 16th century. Originally inspired to emulate the personal libraries of men like Benjamin Franklin, Thomas Jefferson and John Adams, Marvin Weiner (Howard’s father) spent a lifetime amassing this distinguished collection which was donated to FAU in 2006.

“We are thrilled with the FAU Libraries for its superb stewardship of our father’s nationally acclaimed collection,” said Dr. Weiner. “We are equally appreciative of the College of Arts and Letters for implementation of programs and activities that expose young through old to our country’s unique heritage, a compelling mission so dear to our dad. We are also proud to promote the humanities and the outstanding theater programs. It is our privilege to support FAU in perpetuity in thanks for having immensely enriched our lives.”

Generosity from the Weiners also will create the Howard and Judith Weiner Theatre Lab Endowment Fund which will establish an endowment within the Theatre Lab, FAU’s professional theater company located within the Dorothy F. Schmidt College of Arts and Letters, to foster a connection with FAU theater students in the Department of Theatre and Dance.

“We are blessed to have Judy and Howard Weiner’s continued generous support of our academic programs in arts and humanities, and their special commitment to the Department of History and our thriving theater programs,” said Michael Horswell, Ph.D., dean of the Dorothy F. Schmidt College of Arts and Letters. “Their gifts will support students and faculty into perpetuity, ensuring the high-quality humanities programs and theater performances for which FAU has become known, and enabling the careers of hundreds of students who wish to make a difference in the world with a liberal arts education.”